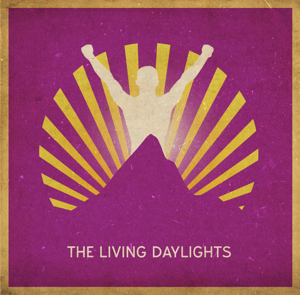 Pre-Show Notes
-7.19.2014. Stage 48. New York, New York.
-This was the first of Chikara’s two July shows, both held in the Northeast.
-Amasis returned to action after missing all three June shows for “reasons beyond their control.” That’s a quotation, by the way, not an expression of doubt.
-Hopefully, this show won’t be the Timothy Dalton of Season 14. Let’s Go!
(Ed. Note: I was recently alerted to the fact that “George Lazenby” was probably the joke I was looking for there. I would like to offer my sincerest apologies to Mr. Dalton and his family.)

The Batiri (Kodama & Obariyon) defeated the Bloc Party (Mr. Azerbaijan & the Proletariat Boar of Moldova), the Colony (Fire Ant & Worker Ant), & the Flood (Haack & Slaash) via Pinfall
Four team elimination matches are a Chikara staple and with good reason. They always feature good action, some nice storytelling, and are generally just an awesome way to fill out a card with all the dudes who wouldn’t otherwise be on the show.

The Flood was knocked out first by a Worker Ant Pumphandle GTS to Haack at 5:30. Or maybe it was Slaash. I don’t know how differentiate between the two. For the most part, they were just a couple of NPCs to fill out the match.

Bloc Party took control, but Fire Ant pinned Mr. Azerbaijan after a crazy Tornado DDT, eliminating the Bloc Party at 10:34. After a nice tecnico-recognition moment, the Colony went to work earning that third point for a shot at the Campeonatos de Parejas.

It was not to be. END_OF_DOCUMENT_TOKEN_TO_BE_REPLACED