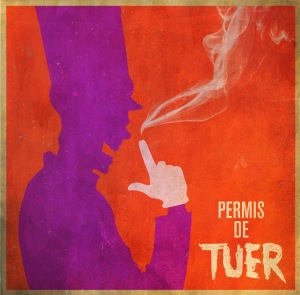 Pre-Show Notes
-Centre Horizon. Quebec City, Quebec, Canada. August 16, 2014.
-Is there a reason everyone always says both the province and the country when billing wrestlers from Canada? Or maybe the better question is why don’t we do that with our states in America?
-Quebec is actually pronounced like the “Qu” is a “K.” I learned that from a Canadian.
-Permis De Tuer is the French version of License to Kill.
–License to Kill? That’s foreboding…
-Did they only sell twenty tickets to this show? The crowd isn’t even two deep around the ring!
-So, Chikara’s never coming back to Quebec… Check.
-I’m saving myself the half hour figuring out match lengths. If that’s important to you, Cagematch and the Internet Wrestling Database are the sites I used. 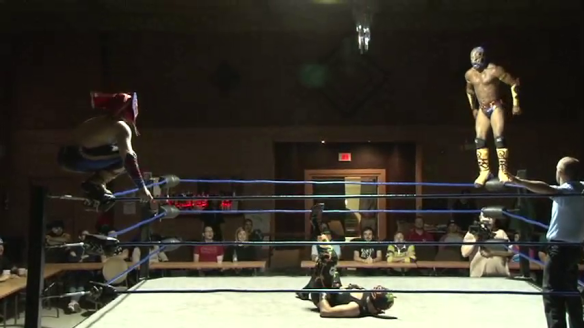 The Osirian Portal (Amasis & Ophidian) defeated the Sullivan Brothers (Ivan Sullivan & Stefan Sullivan), the Flood (Jaka & Qefka the Quiet) and the Spectral Envoy (Hallowicked & UltraMantis Black) via Pinfall
The show starts with the elimination four-way that seems to be their calling card these days. Does Vegas take bets on Chikara? I don’t care what the odds are. Put your money down on the Odditorium getting knocked out first.

Stefan and Ivan rock the heck out of their overalls, flannel, and camo baseball caps. If there is such a thing as a Canadian hick, that’s what they are going for.

Pay up! Qefka the Quiet was the first eliminated after an errant Jaka headbutt and a Sullivan rollup. The hometown boys get the pin! And the crowd goes wild! Or politely claps…

The Sullivans were eliminated next by an Ophidian Meteora. These Canadian, less racist Briscoes are welcome back any time. There were a lot of redundancies in that sentence, weren’t there? Is there a Canadian version of something that’s more racist? And is anyone more racist than the Briscoes?

Business really picked up when the Osirian Portal and Spectral Envoy squared off. END_OF_DOCUMENT_TOKEN_TO_BE_REPLACED