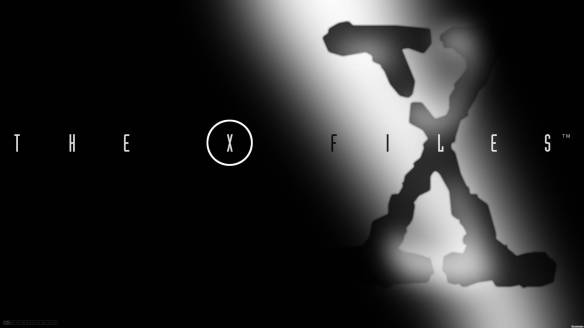 Almost 14 years after it ended its original run, The X-Files is returning to the small screen with a six-episode miniseries this winter. To welcome it back, Jeff and I will be writing responses to each episode. Here’s the hook: Jeff is a pretty hardcore X-Files fan and I haven’t seen a single episode of the show. How we’ll respond is anyone’s guess, but as always: The Truth Is Out There.

This post covers the fifth episode of the miniseries, “Babylon.” It contains spoilers for this episode as well as the entire original run of The X-Files.

Patches
Oh man, Jeff. I don’t even know where to start with this one. “Babylon” starts serenely with some morning prayers, but takes a dark turn as as the camera reveals a refrigerator covered in Osama bin Laden pictures and a suicide bombing at an art gallery. The rest of the episode was mostly just weird. “Babylon” didn’t impress me during my first viewing, but its problems mostly faded over time. Now, the fun stuff is almost all I remember.

The key word there was “almost.” The episode’s handling of terrorism managed a certain level of even-handedness, but only because it was so shallow. It felt like Agents Einstein and Miller presented each side’s talking points solely so the episode could move on to other matters. I don’t blame the show for wanting to avoid discussing terrorism, but then they maybe could have not done a terrorist attack. I think we are well past the point of using using Radical/Fundamentalist/Takfiri Islamic terrorism as a plot point. 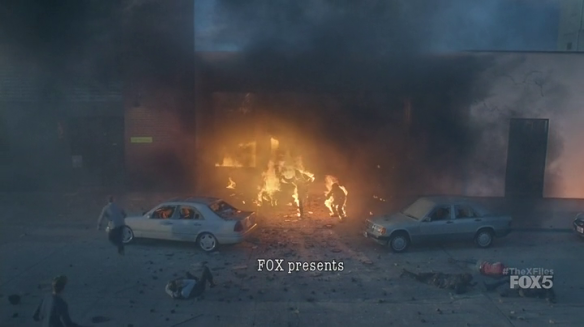 Thankfully, “Babylon” corrected all it’s other errors by the end of the episode. The bomb that took out the art gallery was big and concussive enough to blow apart the building and knock bystanders off their feet, yet incendiary enough to set gallery-goers on fire and small enough to allow those flaming people to run outside. It’s my review and I’ll be a little bitch about this if I want to. However, the mother’s claims that her son didn’t have the “nerve” to detonate his vest brought my disbelief concerning his injuries down to a suspendable level.

“Babylon” even brought me around on all the cynical conspiracy garbage this season. Previous episodes END_OF_DOCUMENT_TOKEN_TO_BE_REPLACED