Patches
I think we have run into the problem that plagues any weekly assessment of serialized television. We are watching a forest planted tree by tree.

We’ve all been down on Live Another Day thus far. We’ve found it slow, inconsistent, or samey. But maybe they just needed a few episodes to set everything up. If a couple boring episodes are the price we pay for a tight story and a classic Bauer rampage once the ball starts rolling, I bet we’ll look back more favorably on those first four episodes.

For what it’s worth, I think this was the best episode of the season so far. We got great conversations between Jack and Heller and Jack and Audrey, with the latter being particularly difficult to watch. The two have incredible chemistry and I buy their unresolved affections, even if Audrey should hate Jack’s guts. The only way that scene could have been better is if Audrey wasn’t the least interesting character on the show.

Both Mark Boudreau and Steve Navarro came around to Jack’s point of view. Even if they did those things to save relationships or bogart glory, respectively, they finally felt like characters, not obstacles.

Best of all, we experienced the sort of suspense that made me fall in love with 24 in the first place. The twists were surprising enough, the trap teased enough, and the realization late enough to keep a lump in my throat and my brain shouting “fuckfuckfuckfuckfuckfuckfuck” for the entire CIA raid. Seeing those helmet cams turn to static was a powerful image, as were the clear parallels between survivors crawling out of the rubble in London and in Yemen three years earlier.

I’ll reserve my judgment on the forest. But this episode belongs with 24’s proudest oaks and tallest redwoods.

Agent Ritter is hilarious. I have never seen a tougher looking guy do nothing but go “Awwwww, man…” for an entire season. It make sense, though. He’s a good agent and he has career goals. Right now, those things are at odds. Here’s hoping they give him a chance to choose between them.

Ground the drones! Sierra – Hotel – India – Echo – Lima – Delta! Also, nice of the show to invent a drone with all the technological advancements the plot requires. Looks like I’m done bitching about military hardware.

I am warming up to Belcheck, which I assume is Serbian for “Bluth.” “You think you are one thing, but you are not” is as simple and as devastating an insult as I have ever heard. 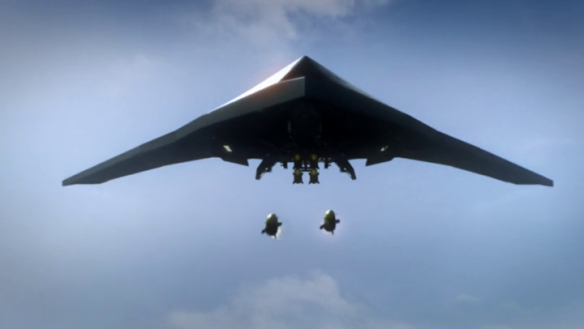 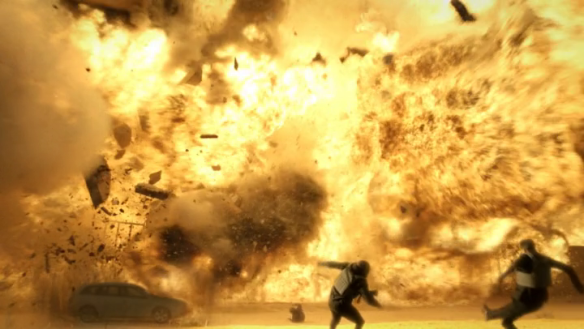 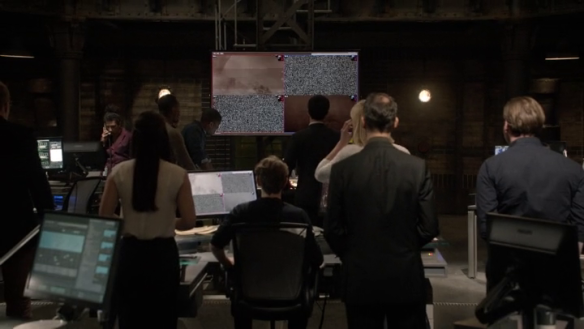 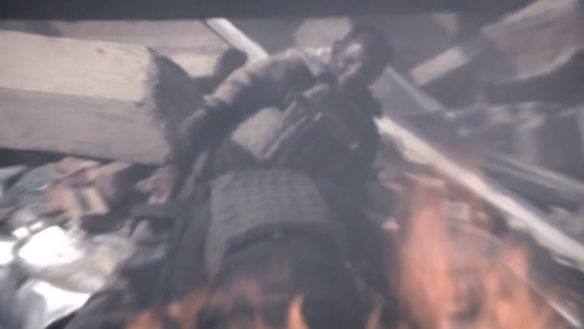 Zach
Maybe I am, as Patches put it, missing the forest from the tree, but damned if I don’t think these were some weepy mf-in willows.

The good: I really like Agent Morgan going all Bauer, covertly collaborating with Chloe, and “just getting results.” She’s been a great addition so far, and even if the whole “division wants you benched because of how awesome you always are” routine is old hat, it’s an old hat that doesn’t suck as much as many others.

I also, like Patches, liked the parallelism between the overhead shots of Yemen and whatever estate they just ‘splodid.

I thought the back-and-forth between Heller and Boudreau about the withholding of information vis a vis the Yemen attack was really well delivered and pretty well scripted — a rare moment of interesting political dynamics / commentary. Kudos for that.

The bad: I’ve been wondering what the whole “I’m staring at you super awkwardly” thing Ian Al-Harazi has been doing and lo! it was him super-learning how to fly drones and stuff (as expected). The character of… whatever his name was, Boring Al-Harazi-in-law… seems to have been introduced just so Margot could do something stone cold at some point. I will say, even after all this time, that scene still hit me with that “I’m surprised they let that happen on TV just now” feeling.

Anyone else think it’s super weird that when the PM of the UK gets looped in about drones potentially attacking London his response isn’t “let’s scramble some jets” or “wtf why haven’t you told me let’s do something about this now” but rather “you tricked me into this deal! Dangit!”? 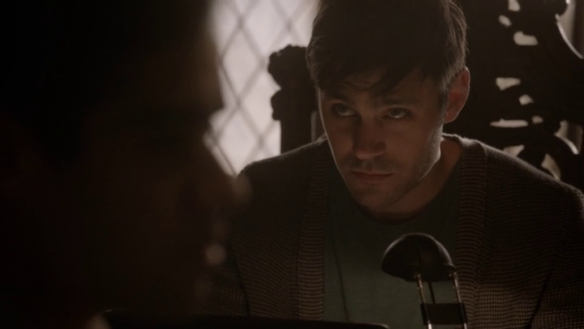 Jeff
I expected more vitriol given the way Zach started his response. That said, I’m mostly in Patches’ camp on this one. I think it’s the best yet, but I’m not sure how well “the bad parts look better in hindsight” works for this show.

Kate is fulfilling her role as FemBauer 2.0 quite adequately, even if she gets sidelined by Steve (who is, incidentally, my frontrunner for S9 mole). It’s nice to see the good guys win one, or at least appear to be about to win one, with help from Naveed. The Chloe/Cross stuff is actually interesting in smaller doses too, but it could get repetitive.

Simone being a stone-cold terrorist just like mommy was pretty great, though I suppose she had to go one way or the other. Jack meeting Heller and Audrey again was good, but I’m not sure if all of the nose/forehead touching was necessary (between Jack and Audrey, not Jack and Heller). Plus, Audrey never answered Jack’s question about whether she was happily married and whether Mark treated her well. This isn’t over.

When considering the good and the bad for this episode, it’s almost a wash as most of the good stuff feels familiar or relies on bad (or just familiar) stuff to actually work.

For example, I like the momentum that stems from Margot’s deadline, Heller’s surrender predicament, and the explosion at the house. But, we’ve seen the “taped threat/demands” in almost every season of this show. Plus, Margot gives a 3 HOUR deadline, which is a quarter of the season! Heller has now become Chappelle/Hassan, with his life on the line. Jack conveniently knows an arms dealer who might have a connection to Margot (groan). But following that lead is subverted by Jordan finding the Naveed-planted address (yay!). But Margot found out about Naveed’s betrayal and acted unbelievably quickly to set up the familiar decoy house (groan). But it led to Naveed (graphically) catching a bullet, the house exploding in all of its questionable-CGI glory and Erik and Steve being MIA (yay!). But now we’re going to need Jack to follow his arms dealer lead next week (semi-groan, could be good). Thank goodness they set that up in advance!

I’ll side with Zach on quick-learning Ian too. It would make sense if he knew how to fly a drone all along as a contingency plan, but if that were the case, this Naveed drama would have ended two hours ago, which is to say, without Naveed entirely.

Even with all of that, I still liked this episode more than any other this season. That may not be saying much, but I did actually enjoy it, which is a good thing. 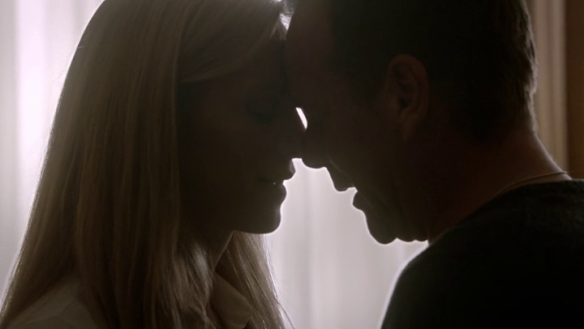 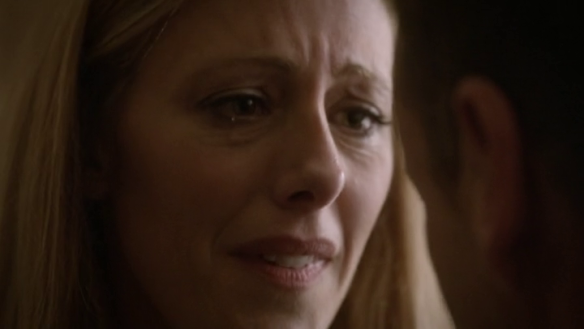 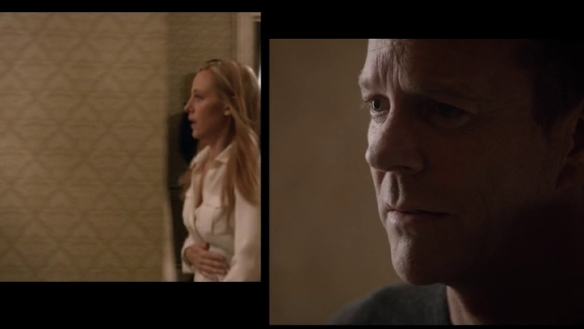 MegaMix
Here’s the bottom line guys, 24: Live Another Day has been a better drama than it has been an action thriller so far. Although I thoroughly enjoy the dramatic moments, all that they have done so far this season is make me wish there was more action. Yes, there have been a few great moments of action, but Naveed getting graphically shot in the forehead was not one of them. Because, honestly, did anyone not think she was stone cold before she did that!? No. We all knew what she was capable as soon as she came on the screen.

Unfortunately, that’s all I have to add on this one. I think we’re all waiting for something really inventive to happen and I’m starting to wonder if that’s in the cards. My belief (at this point) is that we’re going to look back on this season as a completely mediocre section of Jack’s story that had a few interesting moments.

Ya heard it here first, folks. It’s not going to get much better than this… 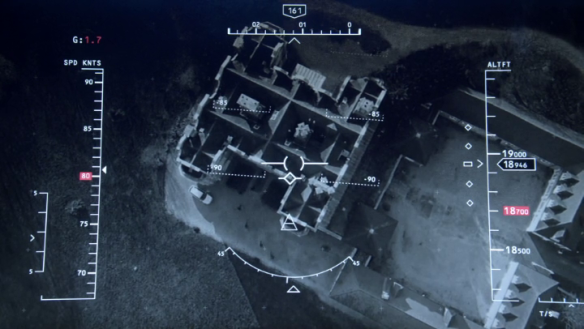 Patches
I don’t know how it’s taken me five episodes to link this. 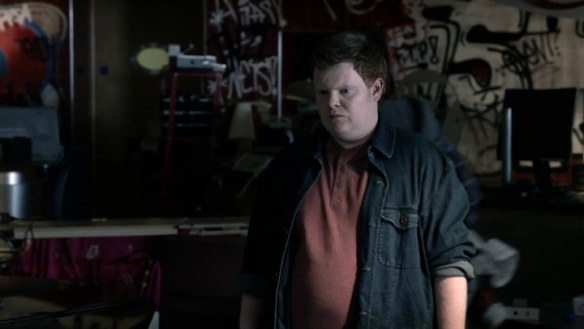 Zach
Jack was on screen for approx 4 minutes this episode. 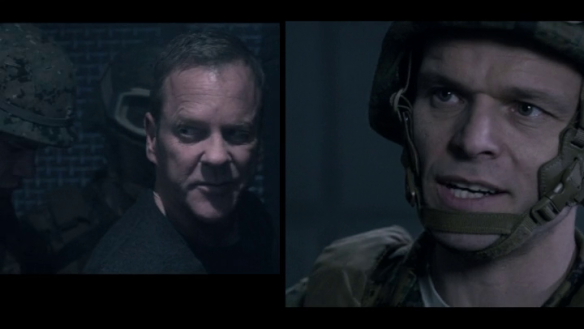 Jeff
I don’t know why this didn’t bother me until now, but really Howard Gordon, radicalized Anglo person taking revenge for a drone attack that killed a loved one/children? Hmmmmm. 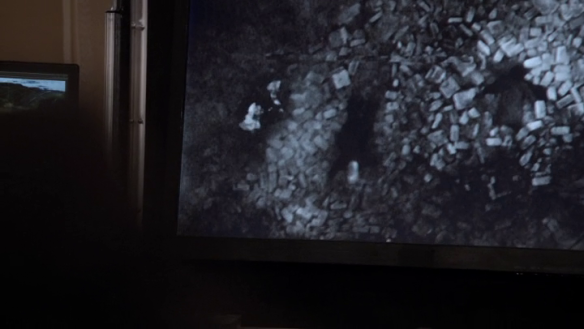 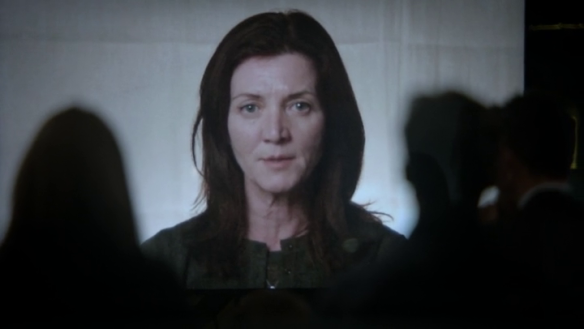 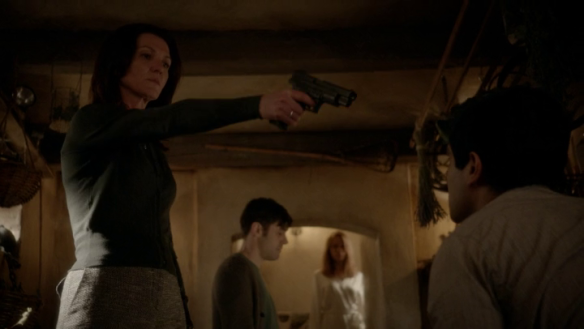 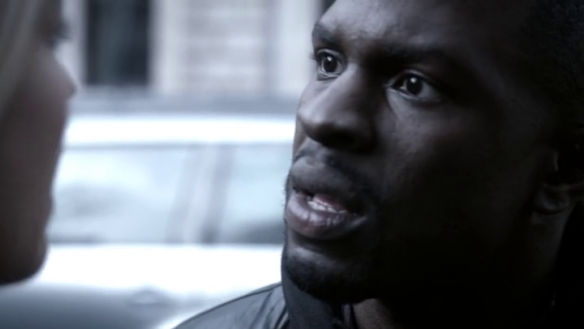 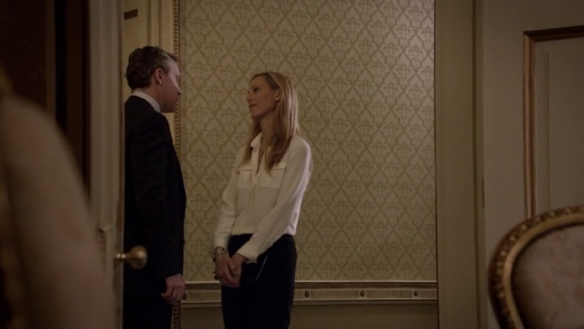 Who’s got four thumbs are are definitely still going to be together at the end of the season? YUUUUUUUUUP! 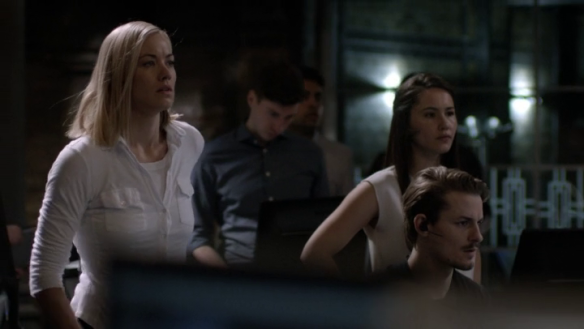 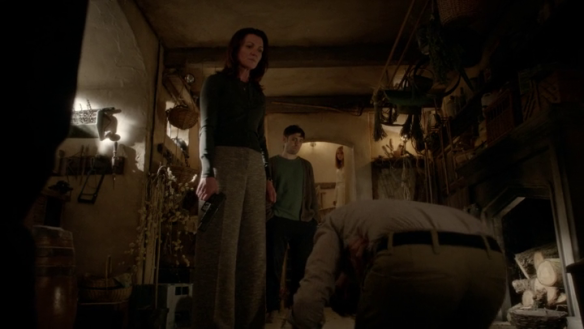 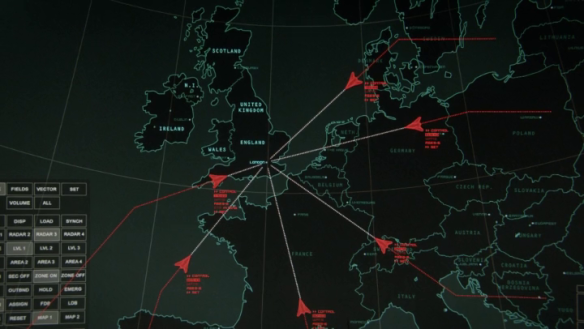 Sir! The super drones are disappearing! 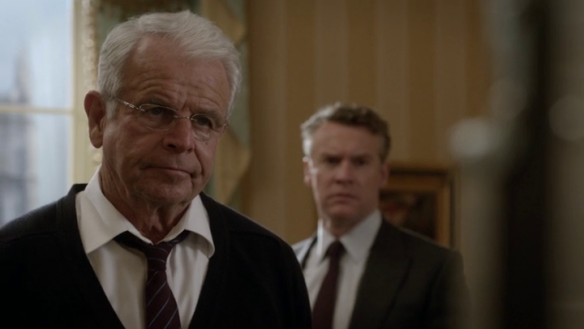 I don’t know what this face is, but no one makes it than WIlliam Devane