Last September, the television show Last Resort premiered on ABC. The show starred Homicide alum Andre Braugher as the captain of the nuclear missile submarine USS Colorado, given orders to nuke Pakistan. The Colorado is attacked by American forces after Braugher’s character refuses to fire. A chain of events is set in motion that leaves Colorado in control of a nearby tropical island, attempting to expose the truth of the US government’s involvement in the attack.

Despite a favorable critical reaction, the ratings were never where they needed to be. As a result, the show was canceled after thirteen episodes. For a look back at the show, I am joined by my esteemed colleague, Jeff of Slazenger1. After yesterday’s series overview, today we look at what worked well for Last Resort.

Jeff: Yesterday’s “one word” answers, somewhat negative though they may be, hinted at a show that seemed like it could have been something great, but just fell short (or shot too wide). Still, there were pieces that worked somewhere in these 13 episodes, otherwise we probably would have stopped watching. When you look back on the series, what stands out to you as something, or things, Last Resort got right? What parts of the series are worthy of praise, or at least of your own personal admiration?

Patches: So I’m the good cop, huh? I think we’d both agree that I’m probably better suited for the role. I think I was more excited for the show to premiere. I also get the feeling that I enjoyed the series a little more than you did overall . That said, what follows might come off as damning the show with faint praise.

I loved the scope of Last Resort. Every show I have ever enjoyed feels “big.” The show is more than the sum of its parts. It’s not just entertainment – what it has to say is important. Nuclear war, nation building, colonialism, loyalty, patriotism, democracy. These are important ideas and after the pilot, it seemed like Last Resort was poised to explore all of them.

And it was. Last Resort positioned itself to deal with weighty issues. Episode 8 (“Big Chicken Dinner”) explored what happens when rape, circumstantial evidence, and irreplaceable personnel intersect. Episode 11 (“Damn the Torpedoes”) centered on the unavoidable fact that the Colorado would, at some point, have to kill Americans to save themselves or their mission to expose the truth. They failed to execute on any of those ideas, but I’ll leave that be since this is the “happy” section.

Lastly, it’s hard to understate how much worse this show would have been without Andre Braugher. The gravitas and depth that he brought to Captain Marcus Chaplin was phenomenal. “Captain” shows Chaplin as a man of principle, fighting for the truth above all else. Later, he acts like a petty dictator, flogging members of his disobedient crew. In Episode 4 (“Voluntold”), he idealistically creates a “stay/go list” so that anyone who did not believe in Chaplin’s cause did not have to fight for it. Later in the very same episode, he forces an engineer to stay because he is the most qualified seaman (hehe) to run the ship’s reactor. Hell, the next episode Chaplin lies directly to his best friend because he thinks it was in everyone’s best interests. Chaplin is a complex character but Braugher made it look easy. 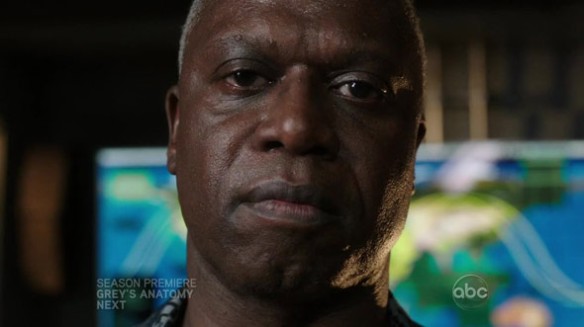 Thanks to Braugher, the ramifications of Chaplin’s decision became the rock upon which the show built its intellectual and moral issues. Did Marcus Chaplin betray his nation or did his nation betray Marcus Chaplin? Words like betrayal, mutiny, terrorism, and patriotism were tossed around by “good guys” and “bad guys” alike. To the show’s credit, they didn’t shy away from portraying everyone as the hypocrites they were. When Pakistanis took the visiting spouses of the Colorado crew hostage, the show didn’t let anyone call them terrorists or murderers without hearing about the nuke Chaplin detonated off the East Coast or the fact that America vaporized hundreds of thousands of Pakistani women and children with a nuclear missile.

So, remember your dear old mother, Jeff. If you don’t have anything nice to say… Will we be moving on to the things that didn’t work or do you have some successes to talk about before we feed you your Skittles and you go into BEAST MODE?

Jeff: As a matter of fact, I do have some nice things to say about the show, and I’ll try not to repeat you. At the end of the series, I made the claim that I “liked” less than half of the 13 episodes produced, but in re-reading all of our previous discussions on the show, I found that claim to be untrue. While the show was all over the map in terms of quality from episode to episode, I probably liked at least some part of 8-10 episodes. So there’s that.

My top two “good” things about Last Resort are basically the same as yours. First, the ever-awesome Andre Braugher was the anchor (if you will) of this whole series. The other lead performances, meaning those by Scott Speedman, Robert Patrick, Daniel Lissing and Daisy Betts, were pretty good too, and generally improved as the show progressed. Second, the fact that he, our “main” character (though perhaps not our entry point, as Speedman was possibly more relatable) could be drawn in such uncertain shades of grey was great. I know it’s not hard to like complex characters, but one thing that kept me coming back week-to-week, especially once the series was canceled, was a desire to find out if Chaplin would go over the edge into megalomania or nuclear insanity (Nuke Fever!).

One other thing I’ll praise the show for is its handling of “big” moments or reveals. Obviously, we both enjoyed the initial hook of a rogue submarine threatening to nuke DC in “Captain” which was hailed as one of, if not the strongest pilot of fall 2012. Episode 9 (“Cinderella Liberty”) gets to one of the major mysteries that was hanging over the series to that point–what were the Navy SEALs doing in Pakistan?–and tells us exactly what happened. We needed an answer after seven weeks of constant building and the show delivered, while also giving us a parallel plot about the Pakistanis trying to take over the Colorado to stand up against India. I feel like this one episode worked better on the “interaction with foreign nations” front than anything they tried with Russia (Episode 2, “Blue on Blue”), China (the last 5 or so episodes) or even the citizens of Sainte Marina (the fictional island where the Colorado crew takes refuge), even if the story includes the nuclear annihilation of part of Pakistan.

Finally, in this same vein, I think the season/series finale did a hell of a job wrapping up 12 sometimes disparate (in both quality and plot) episodes into a one final installment. We might touch briefly on this later, but I have to say that I was really impressed by the way many of the dangling story threads came together. Yes, there was some degree of cheating, and the big story of corruption, insubordination and global nuclear war was never really given the treatment it deserved, but many of the characters got their due. Some might consider the finale rushed, particularly since it was “tweaked” to be a series finale after the creators were informed that the show was canceled. I’d say that this situation was one instance where the ridiculously fast-paced nature of the show worked in its favor. I think the finale even stands up to closer scrutiny better than many of the other episodes of the series, as it shows some degree of thought, but it is also appropriately big, emotional, and most importantly, entertaining. 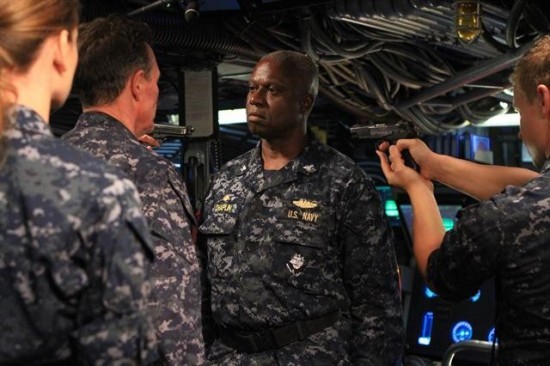 That’s a lot more praise than I thought I’d wind up giving the series. Any other thoughts from you, Patches, about good things I might have missed, or are you ready for me to start firing live ammo?

Patches: I’m firing blanks, so somebody better. I would first like to mention how much I loved the finale. I mentioned in our emails that I thought it was one of the best finales I’ve ever seen. You touched on its flaws, but I tend to judge finales not on their merits as a stand-alone episode of television, but rather on how it concludes the series.

The finales of Battlestar Galactica, Scrubs, and Babylon 5 all wonderfully concluded their plots and characters while leaving me a weepy mess. Lost left too much unexplained to be included on this list, but provided beautiful resolution for all of the characters (except Sayid. His soulmate is Shannon and not Nadia? Fuck that noise.) For me, “Controlled Flight into Terrain” was right underneath those finales. It tied everything together better than it had any right while providing some emotional closure as well.

Okay. I have now curled into the fetal position under my desk. Let ‘er rip! Tomorrow!